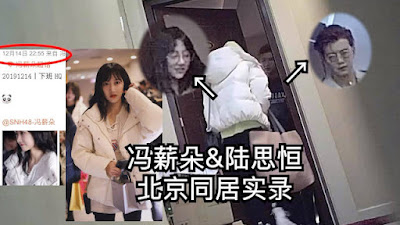 Feng Xinduo who is a member of Team NII SNH48 and Team E BEJ48 stumbled into a scandalous that was just revealed to the media yesterday.

A fan revealed a detailed chronology of the Feng Xinduo scandal with Louis of the second season of the Chinese PRODUCE 101 Tarinee.

He uploaded a video recording proving that the girl known by the nickname Nanashi lives in the same roof as Lu Siheng's apartment. 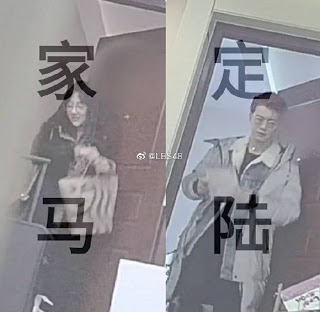 This fan reveals that during Feng Xinduo was in Beijing, she lived in Lu Siheng's apartment, and almost never lived in the BEJ48 hostel.

She asked permission from Beijing Siba (BEJ48 agency) not to live in a dormitory for personal reasons.

The fan also stated that Feng Xinduo made a big lie to fans.

The lie is about the reason for her kennin status (double position) as a member of BEJ48.

Feng Xingduo SNH48 claimed that her position as a member of BEJ48 in Beijing was for more job opportunities.

However, in fact this reason is to cover up the fact that Feng Xinduo wants to make love more closer with her boyfriend.

Feng Xinduo also revealed that Lu Siheng was just a friend who didn't want to cause trouble. This fan also cornered Feng Xinduo that she had done a lot of lies to cover up this scandal.