Here is the total of SKE48 26th single Soyutoko Aruyone first week sales how many sold is it? More details ... 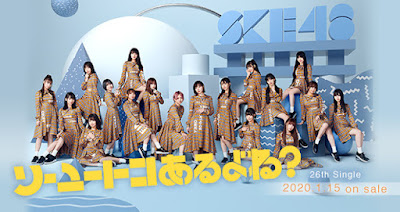 The single topped the ORICON best-selling list of singles sales in Japan.

As reported on the Billboard Japan website, the single "Soyutoko Aruyone?" sales continued to increase to 317,305 copies in the first three days, and have sold 342,134 copies this week.

With these figures, SKE48 took the top position on the Billboard JAPAN weekly sales chart as "Top Singles Sales" on January 27, 2020.

In addition to the SKE48 single, the second best selling spot was occupied by Korean boy band "TXT" with "MAGIC HOUR" which sold 98,830 copies.