SNH48 fans with their views on JKT48's original single Rapsodi 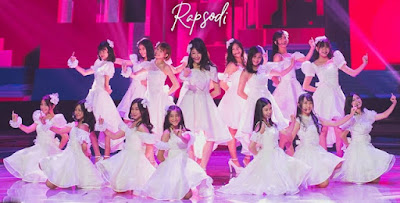 After getting praise from 48 Group fans in China for the original single JKT48 "Rapsodi", now it's the turn of SNH48 fans to see the appearance of their former sister group.

We've made a request to an account which is often a source of gossip about SNH48 GROUP.

We would like to see how the comments of Chinese pre-citizens see JKT48's original appearance.

However, we caution that SNH48 alone is often criticized on this account, this may also apply comments to JKT48's original single "Rapsodi".

We are not intend to say hate speech, this is only the request of our readers. 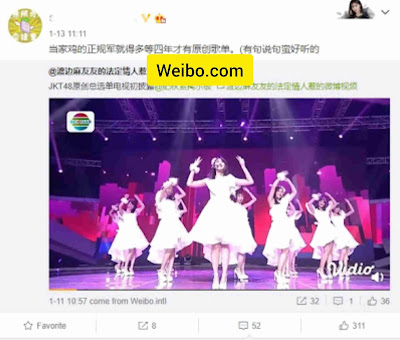 "AKB48 sister groups have to wait 4 years before they release the original single, the lyrics are pretty good (Rapsodi)", writes the account.

Here are the comments that have filled the upload above.

"If SNH48 starts with the single Yuan Dongli (first ori)",

"Waiting? Even sister group SNH48 can have it",

"The first SNH48 original single song is not good",

"Are the Japanese not angry with the original single? Are they just angry for SNH48?",

"The dance is quite neatly arranged",

"Pretty good, the clothes are good too",

"Unfortunately there is no translation of the lyrics, I think they hold each other",

"Team T also broke up and divided into Team J and K might be the same for Team J BEJ48 and Team Z GNZ48 ",