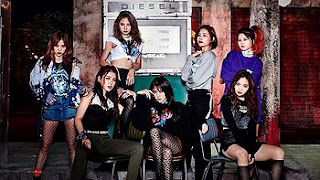 Surprising news came from the SNH48 Sub Unit, 7SENSES / SEN7ES, where the units formed in 2017 will officially be disbanded this year.

7SENSES news will be dispersed after tehey released an MV for the song "We Are" today.

In the MV contains snippets of pictures from all activities during 7SENSES career.

This is reinforced by a comment that came from the SNH48 dance instructor who often accompanied 7SENSES since their debut.

The following are comments from the SNH48 dance instructor: 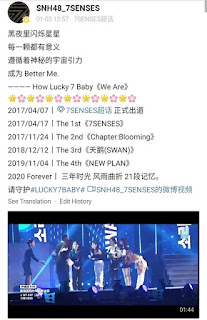 "Heartbreaking. Thank you to everyone who has supported 734 (7Senses). My luck is being able to work with them (7senses) along their career path. We try our best but they will deserve better. 7SENSES, we will see you in the future ".

7SENSES became the first unit of SNH48 which was quite successful for an Idol Group unit, where during its career, they have traveled the world in the music scene of China, South Korea and Japan.

And also in 2020 7SENSES will release a single which is in the form of Forever and will be the last single.

7SENSES were also trained in South Korea using the K-pop system and during the career the musical elements presented were very diverse.

Not only that 7Senses has also received several awards at such prestigious events: