STAR48 to manage Qing Chun You Ni 2 group, what about Team SH? 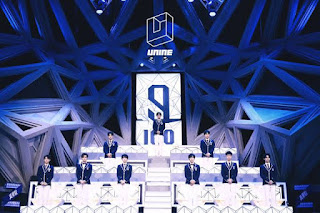 The first season of Qing Chun You Ni's survival program succeeded in debuting a male group named UNINE in early 2019.

That group is under the auspices of the iQiyi label which is also the organizer of the survival program.

This second season of the program will begin at the beginning of this year and for the first time is attended by female trainees.

It has not yet begun, rumors have now emerged about the label that will overshadow the group's debut in results of the Qing Chun You Ni 2 program.

A Weibo account called @ 有 有 你 女生 版 小组 has found on the internet that this group of breakout survival programs will be fully shaded by the SNH48 agency. 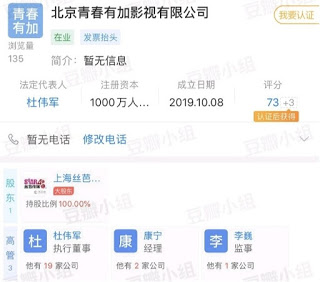 From the profile picture of the new company, STAR48 holds a 100% stake with a total value of 10 million yuan, or about 20 billion more as company capital.

This of course reap the pros and cons of the fans.

STAR48 is the SNH48 GROUP agency that has overshadowed the group since it was formed.

The company, known as Shanghai Siba STAR48, has established a film studio subsidiary which is now well-known thanks to Ju Jingyi's popularity as a Chinese film star.

However, behind the success of STAR48 with its works, their artistic management is quite bad according to fans.

It's also makes the fans wonder, what IF Team SH members are makes it to debut group since there's several Team SH's side will take part of this program. Big IF there.

Since the case of Tang Min, Zhao Jiamin, Zeng Yanfen, Huang Tingting, STAR48 has been known for its management ugliness.

There has been no confirmation from iQiyi regarding this news.

STAR48 has indeed established a good relationship with one of the biggest media platforms in China. Even for Qing Chu You Ni 2, STAR48 has important role in the launch of this program