STU48 Isogai Kanon to graduate from the group

Another STU48 1st generation member announced her graduation tonight at theater, she is Isogai Kanon announcing it with a joke, here is full story ... 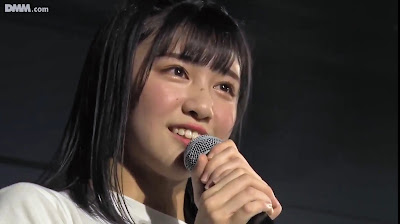 Kanon delivered her graduation with a joke beforehand.

"How! Eh what?" she continued.

"I will graduate from STU48", a truly shocking ending was conveyed by Kanon.

Isogai Kanon was on hiatus from STU48 entering the end of 2019.

But in early 2020 after returning to the group made a decision to graduate. The final handshake will be held on March 21 and graduation performance on March 25, 2020.