Will MNL48 release JKT48's Rapsodi to cover as the next single? 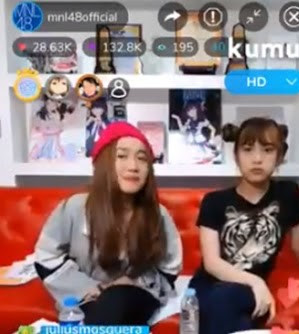 This song is loved by fans and even one of MNL48 members named Alyssa has covered the short version of Rapsodi.

Today, Sheki, a former center group from the Philippines, also sang the original JKT48 song during a live broadcast on a live application called Kumu.

With Rans, MNLoves asked Sheki to sing the song Rapsodi.

At that time the two of them indeed were singing session from the audience request.

Although not memorized, Sheki MNL48 is seen singing on the lyrics of "Rapsodi".