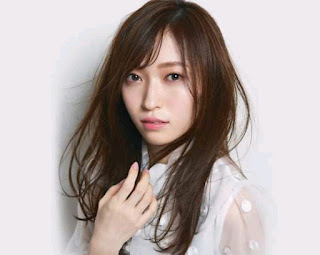 Mahohon will play a role in the drama titled "Shiro Demo Kuro Demo Nai Sekai de" as a bullied employee.

This is the beginning of Mahohon's career in the entertainment world as an actress.

As you well know, Yamaguchi Maho is a former member of NGT48 who left in 2019 because of an issue that happened to her, Mahohon had stopped for a moment from the entertainment world to calm herself down and after that Mahohon began to return to the world of entertainment especially as a magazine models.

Mahohon has a lot of good support from fans, her seniors in the entertainment world, even many state officials who support Mahohon until now Mahohon can breathe with relief without the slightest pressure.