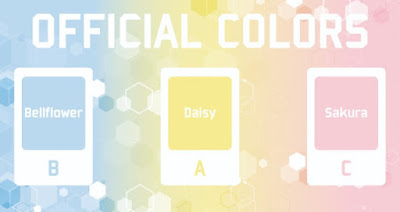 Through their official SNS account today, AKB48 Team TP officially announced the change in the name of the team or unit formed some time ago.

Previously the names of these three units were given a temporary naming, A, B, and C.

Team A will be renamed 'Daisy / Xiao Chuju (小 雛菊)' with the official color of light yellow.

Team C got the name 'Sakura / Yinghua (櫻花)' and the official color is pink.

The three teams will hold a concert together in March 2020.

Fans are waiting for further announcements.

Actually this cannot be called a team but a unit.

In the interim mention of the name, the AKB48 Team TP uses the name 'Zhu (組)' which, if interpreted, has a group or group meaning.

In mandarin, the team is more often translated as 'Dui (队)'.