Today, Nink or whose real name is Mananya Kaoju officially announced her graduation from BNK48.

This announcement was delivered by Nink herself in a live broadcast of the interactive application "iAM48". 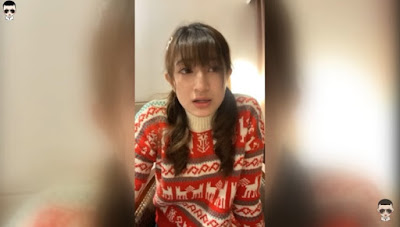 Nink announced her graduation from the group.

This student majoring in Law apologized and thanked fans who always supported her.

"I'm very happy for the past 3 years. I am happy to meet the fans. Thank you Cherprang for caring for and caring for all the sisters at BNK48, both the first and second generation", Nink said while live.

Nink became the first member to announce graduation via the live broadcast of the "iAM48" application.

Regarding the graduation performance Nink will be officially announced by BNK48.

Nink has indeed been predicted to announce her graduation since Oom and Natherine chose to graduate.

This can be seen from its participation in BNK48's 9th single senbatsu election which will be held next March.