CGM48 forms a new Team C with only 2 members

Chiang Mai 101 a first single for CGM48 has been released with a new team formed Team C contains two members ... 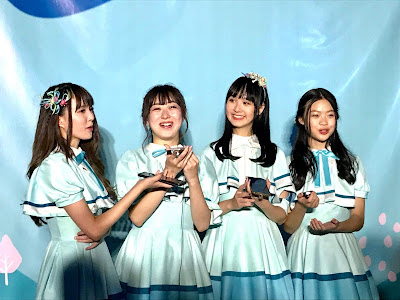 The song "Chiang Mai 106" for the first time was displayed publicly by senbatsu members.

In addition to Chiang Mai 106, the new song featured was "Onegai Valentine" from HKT48.

But in the debut show CGM48 also announced one important thing.

The announcement was the formation of the group's first team, Team C.

These two members will later become the original Team C.

Aom and Izurina themselves are members of their sister group BNK48 to help develop CGM48.

The appearance of Aom and Izurina in the first MV single CGM48 has been listed as a member of Team C.

All members of the first generation CGM48 will remain trainees. Later some of the trainees will fill this Team C.