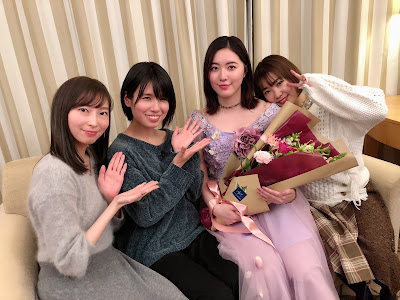 This announcement was made by Jurina in the Team S theater performance "Kasaneta Ashiato".

At that time she was MC at the end of the show and after showing her solo song titled "Ano hi Kawashita Yakusoku".

With this graduation announcement, SKE48's first generation members are finished.

Jurina graduation concert will be on Sep.26-27 at Nippon Gaishi Hall and her graduation stage will be on Oct.5 which is also SKE48 12th anniversary. She said that though she wanted to hold it at Nagoya Dome, Gaishi Hall is the place that is full of memories.