Keyakizaka46 management and how Hirate Yurina is become another scapegoat in this case ...
Someone did previously translated Bunshun investigation article on Hirate Yurina withdrawal from Keyakizaka46 and posted by other admin here: Truth behind Techi withdrawal.

But it leaves unanswered questions. We conduct a reverse investigation of the results of their investigation. 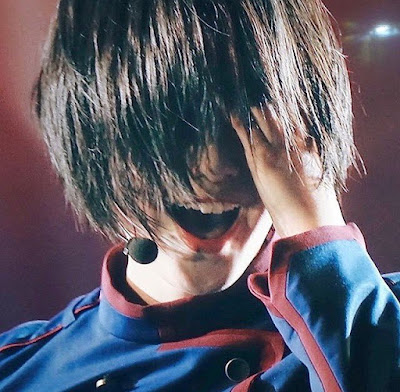 The statement said that basically Hirate Yurina had a special relationship with producer Yasushi Akimoto, and it was as if it was depicted how Techi had power over all management decisions before releasing content in the form of singles, albums, etc to the public.

They called this case the "Hirate Regime", there also concluded that several senior members who were "Pro-Hirate" obeyed and supported Techi's decision to be reluctant to bring Hinatazaka46 (was Hiragana Keyaki) members to enter the line up of the Senbatsu single.

Aki-P is said to approach the apartment where the member is. The full statement can be read in the translated article. But we would have called that as a great fanfict instead of an investigation. Here is why.

In the absence of deeper evidence, we suspect there is a lie in the "Midnight Secret Meeting" points due to the lack of evidence in the form of photos or videos as they usually spread in a dating scandal.

We also suspect a campaign against members who oppose management's decisions, and harm management's potential business in the industry.

Explore the previous case, where some allegations lead to former members who are considered detrimental to members will get this kind of treatment from several media.

Sponichi Anex who manages AKB Shinbun from Nikkan Sports is spreading allegations of distorting the facts in the Yamaguchi Maho case that is considered to be detrimental to AKS / Vernalossom as a whole.

Mahohon is considered to have a relationship with the perpetrators, Sponichi judged it was only from one photo of Shamekai which basically all poses at the request of fans. Read: Sponochi shocking claim on Mahohon's case.

This is no longer a secret if Vernalossom Group with their subsidairy, who had been previously rumored to involved in several cases in tricking the government with Yakkuza in the past, also had a relationship with Weekly Bunshun, as a media used to cover up the truth, the real case. If in 2014 I tell you AKS is a dirty company, you wouldn't believe that. But there is it.

We also delved deeper into Konno-san's statement in a previous article about Hiragana Keyaki & Nagahama Neru, head of Seed & Flower management that overshadowed Keyakizaka46, said something in the Quick JAPAN January 2018 issue, but was not found.

This also corroborates the alleged rumors of the case that Seed & Flower as Keyakizaka46's management forced the injured Hirate Yurina to immediately return for the MV filming and the 9th single recording, and these forced rumors occurred not just before the 9th single but in 2018 also there.

If we tell you that the delay in the release of Keyakizaka46's 9th single was due to Hirate Yurina's impossible condition but seemed to be forced to return to this dangerous showbiz, you would not believe it. At least see Techi's performance at NHK Kouhaku Uta Gassen 2019 as a small picture, it says it all when she collapsed.

This seemed to be reinforced by Hirate Yurina's statement on one of the variety shows or radio broadcasts or wherever I was once read her kind statement, when she said "I will not force myself for a single release that involving me (like filming MV/recording) if my condition is less fit, this will disappoint fans if the results are not good enough/not optimal and I dont want that."

It is really unfortunate how the 46/48 group did not learn from Morning Musume which has a special group doctor to handle the health of its members by physically and mentally.

One thing that must be understood is, Hirate Yurina is only one of the many victims who became scapegoats for poor management of music group company, they'd rather to sacrifice privacy and health of their members than lose their business potential in this industry.