Former BNK48 member Jetsupa Kruetang aka Jan will be a guest star on Baby Metal concert in Bangkok ... 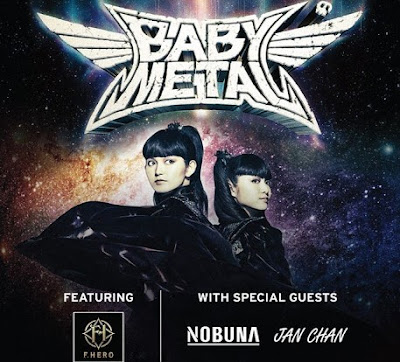 Where Jan Chan, who had graduated, decided to pursue a solo career will become one of the Opening Acts at a concert of Japanese band, Baby Metal.

Jan Chan will be the Opening Act with one group, Nobuna.

Not yet known whether Jan Chan will sing or will do something else.

This news is a pride for 48 groups, because this is the first time one of the former members has opened an act at the concert of a popular Japanese female metal band.

During her times at BNK48, Jetsupa Kruetang had felt the position of senbatsu twice, when the Aitakatta single and the last was Koisuru Fortune Cookies.

Jan Chan also had a duet with Kaew (Natruja Chutiwansopon).

The girl who was born on April 8, 1994 in Singburi, Thailand is now joining the Japanese agency INNCENT Co., Ltd.