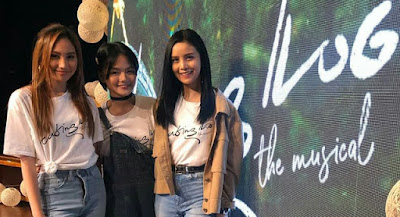 MNL48 members will once again engage in a musical drama produced by the largest entertainment media in the Philippines, ABS-CBN.

They were appointed to star in the new musical.

Yesterday, 3 MNL48 members attended the launch as well as this musical press conference with the actors who will be involved.

The musical they starred in was titled "Tabing Ilog The Musical".

Ilog Tabing, when translated into English, means 'River Bank'. This musical will take place from March 7 to April 26 at the ABS-CBN Dolphy Theater.