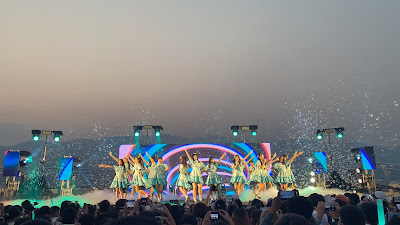 Before the performance began, a welcome video from Izurina (the shihanin) accompanied by Aom (the captain) was shown.

They display the beauty of the province in northern Thailand.

The debut show opened with the Overture CGM48 version followed by the song "CGM48 (Chiang Mai48)" with Aom and Izurina center. 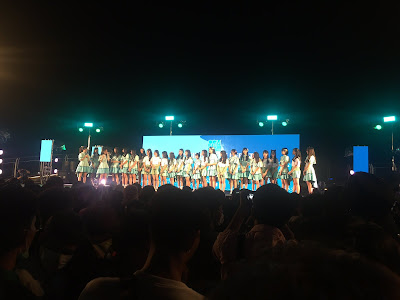 Then Aitakatta and 365 Nichi no Kamihikouki from BNK48 became the next songs that were sung.

After that, CGM48's first single "Chiang Mai 106" was performed by senbatsu. 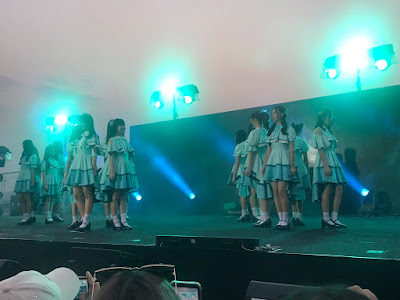 This time the uniform is very pretty and beautiful with the bottom that can fly when members rotate.

The second new song that was performed was "Onegai Valentine" which was also performed by senbatsu with a different center, Parima.

Onegai Valentine is a song adapted from HKT48 while Chiang Mai 106 belongs to NGT48.

After all the performances, the members gathered all on the stage.

Near the end of the event, MV Chiang Mai 106 played together.

CGM48 also released this MV on their official Youtube channel after this event.

In this first MV single, CGM48 showcases the beauty of Chiang Mai including the best culture and scenery of the province. This fits the purpose of CGM48 as the iconic idol group Chiang Mai.