Tsukiashi Amane to graduate from HKT48 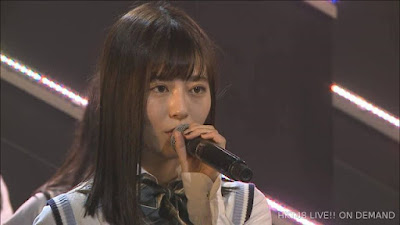 One of HKT48 member, Tsukiashi Amane, today announced her graduation from HKT48.

This was conveyed by Amachan after the Team TII theater show, Te wo Tsunaginagara today.

The reason for Amachan graduate is to look for something / new experience.

Amachan will officially end all of he4 activities with HKT48 on 30 March 2020.