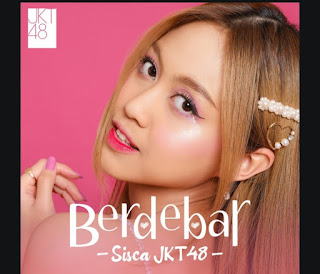 A well-known best JKT48 vocalist, Fransisca Saraswati Puspa Dewi a.k.a Sisca, set to release first original single titled "Berdebar" (Pounding).
The song were made by Sisca herself. JKT48 through official website admitted she is the greatest singer they've ever had in 10 years group's history.
"Since she was a child, Sisca always aspired to become a singer and compose her own songs. Now she is about to release her first single which is her own creation."
"The song is inspired by personal experience and maybe many people have experienced the same thing as Sisca. This song is also dedicated to give a joy and hope to those who listen to it."
Sisca's "Berdebar" will be released this Friday, July 30, 2021 available on digital music platforms like Spotify, JOOX and iTunes.