SNH48 members outraged over a flood in dormitory

SNH48 member gets angry over a flood in their dorm. What caused this is revealed. 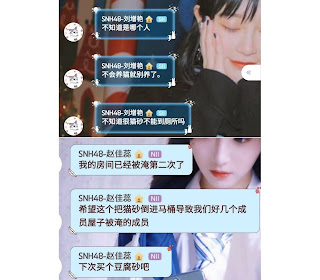 SNH48 members were reported there was a flood in several parts of the SNH48 dorm. It was even forced some members to move for a while, they were angry.
They have no clue why since it's never happened before. And when the repairs were done, they've discovered the cause of this flood.
It was because someone so weirdly had flushed cat litter down the toilet which inadvertently caused the incident.