Suzuki Tatsuhisa affair scandal exposed, the husband of J-Pop singer LiSA brought his girlfriend to his own home. 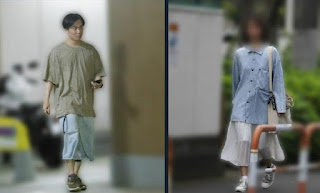 It is reported that LiSA's (34) husband, voice actor Suzuki Tatsuhisa (37) had an affair with A (20s) who works at a studio in Tokyo.
They got close around this spring and it reported that Suzuki called her to a hotel in Shibuya. Suzuki Tatsuhisa often use that room as his studio.
A is a popular female staff in recording studio. and it seem a fan of Suzuki.
A didn't hide their relationship,she  even bragged it on her SNS with hint. They meet about once every two weeks. 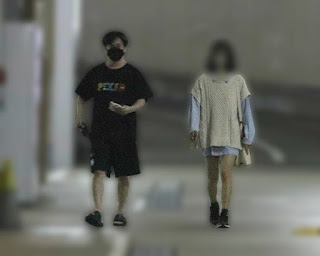 They said she didn't feel sorry for it and proudly talking about it.
On May 22, a day before A's birthday, they enter the hotel room together. 1 hour 30 minutes after that, Suzuki Tatsuhisa left the hotel.
He then returned home. On July 16, A visit Suzuki & LiSA's home on the day LiSA left home for a live, performance.
Reporter met Suzuki after work on July 28, ask if he knew A, but he said he doesn't know. He denied all questions.
But after reporter shows pictures of the two, Suzuki shook off the reporter, keep silent and go home with taxi. 30 minutes after that, A deleted all hint on her SNS.
LiSA and Suzuki announced their marriage on January 22, 2020. Suzuki had a bad drinking habits is not a well-behaved type.
Recently, LiSA herself has been suffering from her husband and complaining to the surrounding.