Is MNL48 disband very soon? Many MNLoves, fanbase of the group were agreed. It is better to disbandment for the good of members and staff. 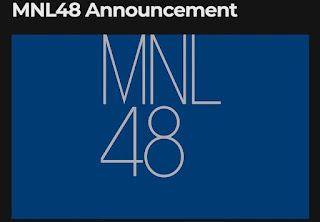 Ever since the last few months, MNLoves as a MNL48 fanbase, never stop talking about the disbandment of MNL48.
This is based on various reasons, ranging from a bad managemenr to the delay in the delivery of the 6th CD single "River".
Back in 2020, there was a discussion where MNL48 members were not given a salary for 9 months by the management, causing some members to decide to leave the group.
At the age of 3, MNL48 doesn't even have its own permanent theater building.
Theater show is only held in a cafe, and even then only 6 shows. Pandemic outbreak is also the reason MNL48 delays events such like SSK, single releases, 3rd Generation members auditions not even sending CD singles that have been ordered by fans.
And in April 2021, MNL48 was found not to have a business license and temporarily stopped operating.
Seeing the current state of MNL48 members who were wasted by the management, many MNLoves wanted MNL48 to disband.
One of the ex-MNL48 members also wrote on their Facebook "disband please" in a post related to rumors of the disbandment of MNL48.
A mother of a 3rd gen candidate also spoke up about the injustice experienced by her daughter, where her daughter was not included in TOP48 and was immediately kicked out from the chat group by the management.
Seeing the 7th single that there is no news and the number of members who decided to leave is also a high possibility that MNL48 will get to disbandment.
In fact, she said that many MNL48 staff had resigned and now there are only 12 people left.
An MNL48 fanpage "MNLoves 48G Philippines" on Facebook wrote "MNL48 disband very soon!" invited many comments from fans who agreed. This fan page has often reported rumors of MNL48, and the rumors are mostly true and happened.
HalloHallo Entertainment just announced 5 of MNL48 members leaving the group, they are Alyssa, Thea, Tin, Kay and Grace. Many fans weren't surprised as they think most members forced to leave.