A new scandal from Nogizaka46 member as Hoshino Minami datung a son of CEO who is having a girlfriend. 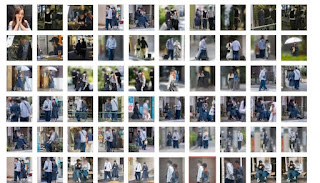 It is reported that Nogizaka46 member Hoshino Minami dating a man, a well-known son of CEO amongst business folks.
Rumours says he has a girlfriend while dating Minami, yet still unconfirmed. He is the Son of CEO of a company that sells high-end fruits online.
This guy also four years older than Minami Hoshino, and is fluent in English as he spent his school days in Australia.
Timeline
September 7, Hoshino Minami was seen walking hand in hand in Shinjuku and had time to eat together with her boyfriend.
The two of them then entered a room in an apartment, the next afternoon the two of them went back together and ate together then returned to the apartment.
On September 19th, Hoshino Minami missed the radio broadcast she was hosting due to health reasons, the next day on September 20th the two walked together and was asked by reporter but neither of them answered.