Several survival shows from China by Tencent will be ended following NRTA decisions. 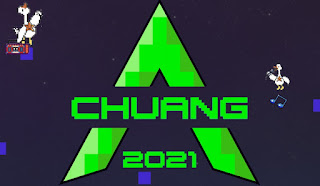 The Chinese National Radio and Television Administration (NRTA) issues directives banning reality talent shows effective immediately
This means the end of popular shows like Tencent's "CHUANG" series and IQIYI's "Youth With You".
This also stops broadcast of foreign talent shows. The NRTA also ordered broadcasters to "promote more masculine representations of men" which is seen as a conservative pushback against Korean "flowerboy" esthetics.
Broadcasters are ordered to resist "abnormal aesthetics" such as "siisy" men, "vulggar influencers", stars' inflated pay and performers with "lapsed morals"
It is possible some or all of these policies will get relaxed or modified with time but the current crackdown is seen to fit with the overall political belief that current pop culture is "immoral" and negatively influencing the youth.
The policy against "abnormal aesthetics" is expected to be used to push depictions of male and female idols in line with "traditional values".
The policies do not ban the creation of competitive platform shows as long as they aren't the "development" type of shows like "CHUANG" and "Youth With You" and do not use online voting schemes or vote buying systems.
SNH48 will get away with it. The SNH48 elections are not a survival show so are not covered by this policy. However, it is expected that some aspects around the running of the events will change.
But then again...
Chinese government continues its crackdown on two new fronts. First, artists who have double citizenship (not recognized in China) will be put on a blacklist. This includes several well known celebrities like Jet Li (Chinese/Singaporean).
It has direct impact on SNH48 Group. Directives make it mandatory for anyone who wants to be on stage to have completed the compulsory education in China (9 years).
Members who do not meet this requirement cannot appear at the theater or interact on the "Pocket48" application.
The first confirmed member to be impacted by this is Qu ChenYu of SNH48 Team X (14th generation) who indicated she had to give up her "Pocket48" account and would not appear on stage for up to year until she meets the new requirement (unless it changes or an exemption is made).
Well-known BEJ48 twins Huang YiCi and Huang XuanQi will probably also fall afoul of this new rule due to their age.