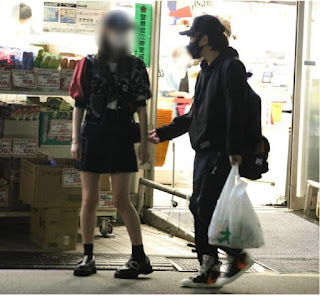 RADWIMPS guitarist, Akira Kuwabara (36) cheats on a 20-year-old former model, A.
Kuwabara was married an ordinary woman 10 years ago and became a father in May 2019.
He met A, was a model, back in Feb 2020 and he started not coming home and spending the night at A's house.
Kuwabara's wife went straight to A's house when she found out about the infidelity and kept pressing the intercom at A's door before the police eventually came out to resolve the chaotic situation. 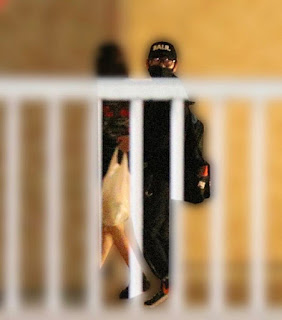 Kuwabara apologised to his wife and promised never to see A again.
A then moved and Kuwabara met with her again secretly, and was exposed again in the spring of 2021.
The two then separated within the family and the wife agreed to a divorce on the condition of hundreds of millions of dollars in consolation money and child support.
A moved again in June and Kuwabara went to see her again. Aug 18th saw the two 2shot photographed for the first time in the spring, and they were very alert on their dates.
Although Kuwabara promised his wife would never see A again before the divorce, he couldn't help himself.
Acquaintances said he did not tell Yojiro Noda about these incidents.
On September 12, when reporter's caught the two dating again, and Kuwabara said, “I don't want to get the band in trouble, so I'll be sure to call you tomorrow”, before answering all questions ambiguously.
In the end, Kuwabara said, “Please don't be too hard on A, it's my fault...”
The next day Kuwabara called the reporters back and said, “basically everything you asked yesterday is true."