Two BNK48 members got suspended they are Mind and View due to this reason. And it's Mind's second punishment. 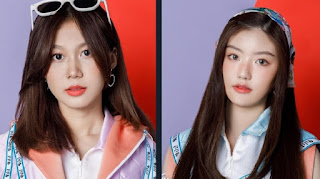 It's official two of BNK48 members have received punishment from the management.
BNK48 member Panisa Srilaloeng (Mind) and Kamonthida Rotthawinithi (View) have been suspended for a month.
Their activities will be suspended until the end of the October 2021 due to lack of internal training which does not meet the standards the management has set in place.
Both of them claim to have mental issue so they are not participating in training for months. They exposed by management to be lying.
Their work and SNS have been suspended effective immediately.
It is Mind's second punishment she received during her BNK48 spell, the first one was her dating scandal.