Four of STU48 members resigned and left the group mysteriously, some of them leaving due to scandal. 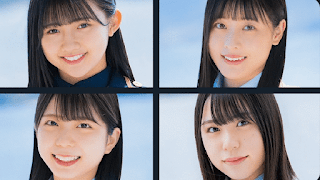 Today STU48 announces four of their members departure. They are Imaizumi Miria, Kadowaki Miyuna, Nakahiro Yayoi, and Minami Yurina.
They have not announced regarding last activity schedule for 4 of them yet.
Kadowaki Miyuna once had a scandal years ago, whilst Imaizumi Miria was just hit by a scandal photo of her with a man during Live Stream and she apologise to the fans.
STU48 were really in a hot topic by Japanese fans regarding it's scandal of underage drinnking, chat with fans, dating, and more.
Fans were criticized that management did absolutely nothing to those members breaking the rules, until the 2nd gen members apparently having much more issue than it may appears and blew up to public at once.
Miyumiyu scandal was sending a sensitive video to the fans and chatting with them.
Rumour says the account is fake and not Miyumiyu, but however in her resignation statement MiyuMiyu says she apologise about that bad behavior as if she actually did that.
Yoshizaki Rinko says something bad about STU48 fans, whilst Minami Yurina refused to perform since she wants to leave.
Taguchi Reika having unofficial SNS and posted a pict with her boyfriend's face blured in a Starbucks. Imaizumi Miria kissing pics with a man.
Yano Honoka got bullied by 2nd gen members and Honoka caught up in a karaoke with her boyfriend both spotted during her birthday party.
This kind of mass resignation once happened in HKT48 1st generation members, early days.