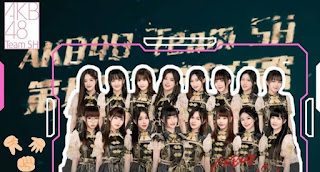 AKB48 Team SH has announced to immediately release their 7th single with the title "Oogoe Diamond" in March 2022.
The selection system for single senbatsu is the same as Senbatsu Sousenkyo, but not exactly SSK.
The benefits for the 7th single center were also announced, the following are the benefits:
1. Get an exclusive single shoot to make your own PV and decorate the cover of the single as a center.
2. Opportunity to decorate the walls of various high-rise buildings in Shanghai.
3. Being a top priority, if there is a brand or endorsement offered to AKB48 Team SH, both domestic and foreign collaborations.
4. Guaranteed to appear in a film or TV drama, at least once every two years.
Not only that, it was also announced that the coupling song that will accompany "Oogoe Diamond" has been decided.
And the song is "Chance no Junban".
Interestingly, the member who will perform the song is chosen by the Janken Competition process which will be held on November 20.