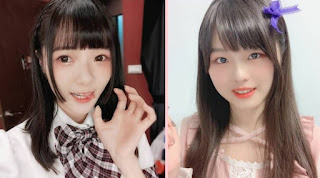 AKB48 Team TP has today issued a statement.
Due to health reasons, two of their members Tseng Shih-yu (Hanenyan) and Lin Chia-ying (Yururu) decided to leave AKB48 Team TP.
This was announced through the official SNS of AKB48 Team TP.
Later, all Hanenyan & Yururu SNS accounts will be deleted after they are no longer members of AKB48 Team TP.
In AKB48 Team TP itself, there are rarely members who graduate / leave the group, the last time was Honda Yuzuka to focus study.