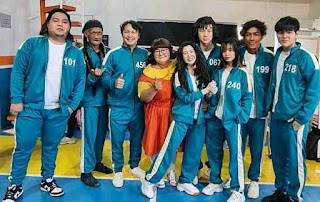 MNL48 member Coleen Trinidad will participate in a comedy program Squid Game Philippines.
This is an adaptation of the famous South Korean Netflix series "Squid Game".
In this program, Coleen will take on the role of participant number 240.
The program "Filipino Squid Games", has aired it's first episode on the YouTube channel "Donnalyn Bartolome".