48 Group agency Vernalossom has joined collaboration with Korean agency CTRL, here is details regarding teams up. 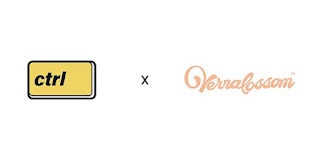 Today Vernalossom has announced it's teams up with Korean agency "CTRL" for the promotion of Vernalossom's artists in South Korea.
Vernalossom manages AKB48's international sister groups, as well as Yabuki Nako & Honda Hitomi.
CTRL has issued a statement regarding this collab.
Starting with the contract with Vernalossom, we will not only support the activities of Korean artists in Asia, but also support the activities of artists from various countries in Asia, and we will grow targeting the Asian and global markets together.
Brand Storyteller Group "CTRL" is a start-up company that attempts new branding through curation of various fields such as MVs, Distribution and Commerce.
They were also the ones that did Sakura's 17LIVE streams in Korea.
They also co-produced Tiger JK's MV earlier this year.
CTRL CEO Park Young-woong & Kim Seong-hoon have signed a business contract agreement with Vernalossom.
Previously there was also STAR48 (SNH48 Group agency) which also worked with South Korean company, Zany Bros, in 2016 until now.