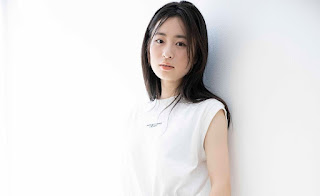 Former AKB48 member Hasegawa Momoka announced her return to entertaiment industry, she want to pursue her career as an actress.
Hasemomo has join " Mama & Son " talent agency.
She will be joining her big seniors in AKB such as Takahashi Minami, Kojima Haruna, and Minegishi Minami.
Earlier this year, Hasegawa Momoka dismissed from AKB48 after it was found she's violating the group's and government rules.