Eve Antoinette and Ariella Calista Ichwan to graduate from JKT48. Eve and Ariel announced their graduation together. 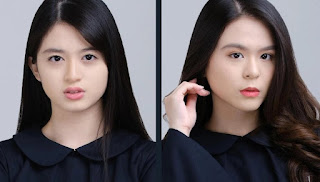 On today's Seifuku no Me theater show, two JKT48 members Eve Antoinette Ichwan and Ariella Calista Ichwan have both announced their graduation.
Eve is the younger sister of Ariel, who have joined the group first back in May 2016 as a part of 5th genetation member.
Whilst Ariel joined JKT48 as a 6th gen member two years later.
Gaby, Anin, Eve and Ariel. It's been tough week for JKT48 fans.
But a lot of fans says it is actually expected, since during November to December known as contract renewal period in JKT48. The similar situation happens almost every single year.
With Eve graduate from JKT48 means the 5th generation is over.