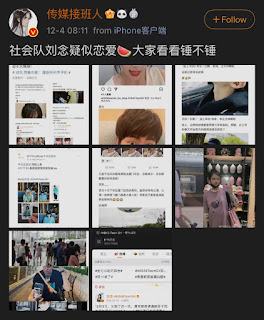 Liu Nian has been trending on Weibo in the past few days.
A lot of fans uploaded her scandalous pictures with her boyfriend. 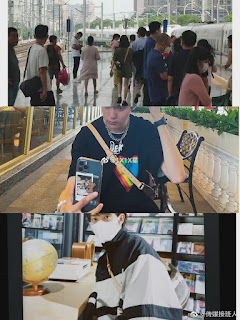 She is reportedly dating a man means breaking the group's golden rule.
She just won Team SH sousenkyo last month.
"two persons on the same sofa, wearing the same overalls and the same Chanel glasses. Is this just a coincidence? If this is true, it is a big scandal of the team’s ace".
Rumors says Liu Nian is on the verge in leaving the group, "has no motivation to stay".
On her Weibo account yesterday, Liu Nian wrote about her journey of 3 years in AKB48 Team SH and thanked all the fans who supported her.