BiSH going to disband. The disbandment announcement was made during theit live concert watched by 80k viewers. Here is the reason why they disbanded. 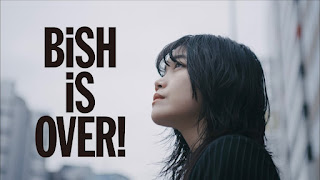 The Japanese idol group which known as "Instrumentless punk band", BiSH has announced that they will be disbanding in 2023.
The announcement was made by the BiSH members at the final MC of their appearance on Nippon TV's "Sukkiri".
That's where they held the "THiS is FOR BiSH" live concert on December 24 at Nakano heavy sick ZERO, which was broadcast live on YouTube Channel and attracted over 80,000 viewers.
They performed live by bringing back the set list or track list during their first one-man live "THiS is for BiS" on May 31, 2015 at the venue with a capacity of 80 spectators.
Regarding the reason for disbandment, CENT CHiHiRO CHiTTiii as the captain of the group said, "We have decided this long ago as a way of life for BiSH. We want to continue to be BiSH wherever each of us can shine".
BiSH have also released a video showing that their dissolution was discussed back in November 2019, with Watannabe Junnosuke wanting them to "disband at the coolest time".
The members also discuss their thoughts about the circumstances, and their remaining time.