Omasa Aya and Toru from ONE OK ROCK have announced their marriage today. Both married after a year dating on last year's New Year eve. 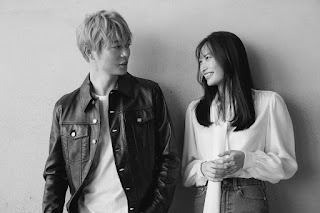 ONE OK ROCK's Toru (33) and actress Omasa Aya (30) announce their marriage today. Both reportedly dating by sports magazine in a new year 2021.
Omasa Aya says, "This is announcement. To all the fans who are always supporting me, I would like to report that I have married with Toru from ONE OK ROCK."
"I started this job at the age of 14, moved to Tokyo, and have spent my time focusing on my work. From now on, I feel reassured and calm that it will always be with me with a big heart. I feel like it."
"From now on, I will continue to work hard to meet your expectations, and I will continue to do my best without forgetting my gratitude. Thank you for your continued support. And 2022 is for everyone. I sincerely hope that it will be a bright year," she added.
Toru also announced his marriage to Omasa Aya and called on his fans to say, "I would like to continue doing my best with ONE OK ROCK and my new family. Thank you to everyone who has always supported me !!"
The two were reportedly dating on last New Year's Day according to newspapers. At that time, both agencies did not deny the reports about them dating.