AKB48 member Iriyama Anna to graduate from the group. This was announced by Annin herself through YouTube Live stream today. 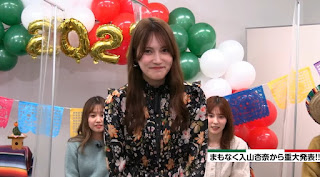 AKB48 member Iriyama Anna has announced that she will graduate from the group.
Annin's graduation was announced through YouTube Special Live Stream where her closest friends alongside a graduate guest appear in the stream to looking back on her journey with AKB.
Annin says her graduation show will be held by the end of March 2022.
Iriyama Anna also said she wanted to graduate together with Kato Rena. The day Rena announced graduation, she thought "I'm graduating."
Iriyama Anna joined AKB48 as a 10th generation member and debuted with the group back in March 2010.