NGT48 member Kado Yuria to graduate from the group. Here is the details on Kadochan graduation and her successor. 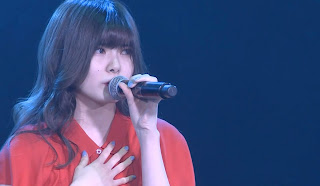 During today's theater show, Kado Yuria has announced that she will graduate from NGT48.
On her graduation Kado Yuria says, "I would like to do my best in my remaining time with NGT."
Kadochan also said, Fujisaki Miyu will be the new NGT48 captain.
Her last activity will be announced later.
Kado Yuria joined NGT48 as a 1st generation member, Kadochan getting NGT48 general captain armband since September 2019.