AKB48 Team B member Kubo Satone to graduate from the group, here is the reason on Satopii graduation. 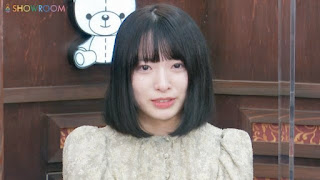 During today's live stream on AKB48 Official SHOWROOM channel, Kubo Satone announced she will graduate from the group.
Her graduation show will be held at the end of March 2022.
She said, "After graduation, I'm aiming to become a veterinary nurse and I'll study for it."
"It's very sad to graduate, but I'll be graduating in mid-March. Please take care of Kubo Satone until the end." she added.
Kubo Satone were joined AKB48 through the group's Draft Kaigi 2015 and drafted in to Team K the same year. In 2017 she got promotef to Team K regular team and transferred to Team B in just 3 months.