NMB48 member Umeyama Cocona to graduate from the group. Here is the details about Cocona graduation. 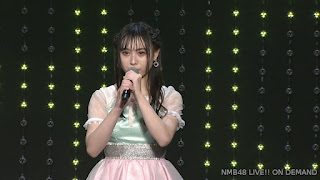 An unexcpected announcement coming from Umeyama Cocona as she said she will graduate from NMB48.
The graduation announcement was made by Cocona herself during today's theater show.
Her last activity as a NMB member will be announced later. But the NMB48 26th single will be her last single.
Umeyama Cocona joined NMB48 as a 5th generation member and debuted with the group back in June 2016.