Former AKB48 member Suzuki Yuka scandal is getting exposed even more, of course its by KoreKore. 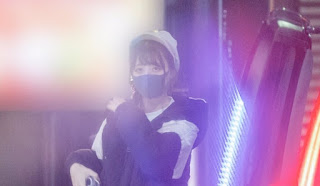