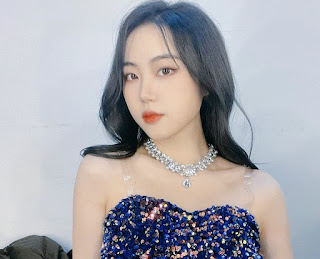 SNH48 says Team X member Pan LuYao leaving the group.
Confirmed as Pan Luyao herself posted a farewell message on her Weibo.
She said, "It turned out that parting was never announced. It's farewell to let people grow up slowly."
Pan Luyao been reportedly 'has no motivation' to stay in the group and been trying since last year to leave SNH48.