GNZ48 member Zuo Jingyuan has been suspended and receive punishment from mamagement, here is full details. 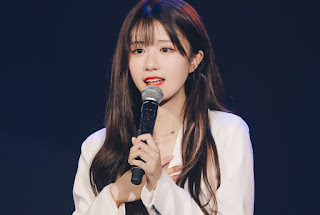 GNZ48 has issued a statement regarding one of their member, Zuo Jingyuan.
The 23 year-old has been punished for not attending theater.
During Latern Festival stage she didn't inform the agency that she will go down the stage, went to audience seat and give envelopes to the crowd.
The punishment means no more stage for her til the end of the month, Zuo Jingyuan is now in Shanghai.
Zuo JingYuan had to delete the messages on Poclet48 app as she is afraid of her Pocket48 room will be confiscated by agency.
This is not the first time Zuo JingYuan got punished.
Back in 2020 when she had a fuss with Tang LiJia and both were demoted to trainee.
An update from GNZ48 clarify this issue:
Zuo Jingyuan as a GNZ48 member violated the group's rules for:
- Smoking
- Ignoring staff
- Not on time on events and activities like training and theater show.
"As a public figure, she has a weak sense of professional ethics, does not value and maintain her professional reputation, seriously violates the spirit of the contract, seriously affects the team ethos, and damages the team image."
With immediate effect GNZ48 says Zuo Jingyuan will be dismissed from the group.
While on her Weibo Zuo JingYuan says she is Never worry about that and she is still under the agency.