Mirai Jiang Yun has announced her graduation from SNH48, the senior member is leaving on her birthday. 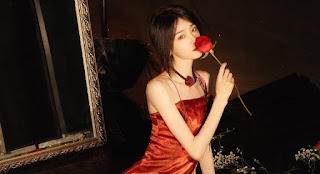 SNH48 2nd generation member Jiang Yun has announced she is officially leaving the group on her 30th birthday today.
But SNH48 says the graduation stage with the group will be announced later since the theater is closed due to covid.
Jiang Yun's age and duration in the group have reached graduation criteria with Lu Ting since June 2021.
Jiang Yun's graduation means Zhao Yue only remaining 1st and 2nd generation member
Jiang Yun joined SNH48 back in August 2013 and get promoted to Team SII in November in the same year.